Israeli Foreign Trade Administration in Germany together with DXBe Management are delighted to present the Autonomous & Urban Smart Mobility – Perspectives from Israel and Germany, an online event. It will create a platform for fruitful conference sessions and interesting speed networking breaks, where participants will focus on the newest challenges that the industry faces and how we can overcome it, market trends, technologies, innovations, and general future outlook.

Be inspired by our experts who will share their ideas on how to realize smart mobility & autonomous projects under the umbrella of Germany & Israel viewpoint. The event will feature 2 live panel discussions of key industry players, so engage by participating in a Q&A through a global chat and polls! After each session, we will have a speed networking breaks in Networking area where you will have a total of 12 face-to-face business meetings and exchange virtual business cards.

Seize this opportunity to reach the primary group of people that are necessary for your business or personal growth in a short time, see you there! 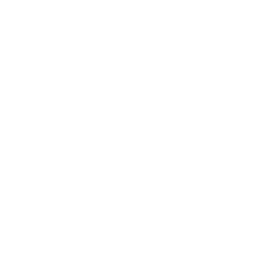 Executives from OEMs and Tier1 Suppliers 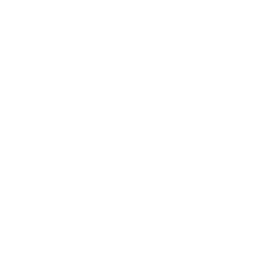 Suppliers in the Field of E-mobility, Autonomous and Connected Vehicles

Event will be held in an interactive virtual venue that is optimized for connecting and engaging. You can move in and out of rooms (Reception, Conference, and Networking) just like an in-person event and enjoy the content and connections smoothly. Watch the explainer video on how to get the best experience of our event:

The Israeli Foreign Trade Administration in Germany, part of the Israeli Ministry of Economy, is responsible for managing and directing the international trade policy of the State of Israel. The main fields of activity include activities for the promotion of trade and export, attracting and encouraging foreign investments and creating strategic cooperations with foreign companies. We handle requests from individual companies and cater to their needs, while we also initiate activities, all year long, that bring together potential partners from both countries.

For Sponsorship and Sales Inquiries

For Speakers and Agenda Inquiries

Wulf started his career in 1996 as an IT-Consultant in the Web 1.0 based “Media & Telco” scene in Germany.

During this time, Wulf realized projects with the most renowned customers and is considered as one of the Media & Telco pioneers in Germany.

He is one of the IoT & eMobility pioneers in Europe with several Advisory & Board Memberships positions.

Dr. Ludmilla Derr and is a managing director of Elite Experts Conferences and the host of the EEC Podcast. Her great passion is to connect extraordinary smart people from all over the world, to build sustainable networks and to create opportunities for long-term win-win collaborations between innovative startups and global players.

She has a technical background with a degree in chemistry, a Ph.D. in materials sciences, and years of experience in applied research. Dr. Ludmilla Derr also brings very practical experience from the automotive world. After her Ph.D. she worked in Zurich at Sika Technology R&D headquarters and was responsible for R&D projects worldwide for the customers BMW Group and Fiat Chrysler Group in adhesive technologies in automotive trim applications.

Mr. Fürst joined BMW company in 2003 and worked in many major roles. Since April 2017 he was General Manager in the division of Autonomous Driving and Driver Assistance. There he was responsible for machine learning, reasoning and knowledge representation and line manager for agile development teams.

In October 2019 he was appointed as principal expert for automated driving technologies.

Avi Bakal is a CEO and co-founder of TriEye. TriEye is a Tel Aviv based semiconductor company solving the low visibility challenge for Advanced Driver Assistance Systems (ADAS) and Autonomous Vehicles (AV).

Mr. Bakal himself describes as a multidisciplinary execution-oriented professional, experienced in delivering state-of-the-art products from ideation to execution.

Doron Cohadier is VP of Business Development at Foresight Automotive.

Mr. Cohadier is an entrepreneurial, highly motivated strategic Business Development and Marketing Director. He has rich experience in large global companies (mainly Europe and the Far East) in positions ranging from Project Management, Supply Chain Management, and Logistics, topped with the relevant educational background (BSc in Engineering, followed by an Executive MBA).

Nir is a Business, Sales, Delivery and Operations Leader with extensive experience in multinational project execution and management.

Prior to founding CHAKRATEC he held several senior executive positions at Starhome and Comverse, in the last of them he served as VP of Global Operations, Delivery and Customer Support. Nir served together with his founding team members in the 8200 unit of the IDF. He holds an MBA and a B.Sc. EE from Tel-Aviv University.

As Chief Executive Officer, the passionate entrepreneur Andreas Zurwehme brings over 30 years of experience on several continents to the industry. Stages of his life: Plastics processing, mechanical engineering, automotive and sales – from London to Chicago to the Silicon Valley.

He has always been fascinated by motorcycles. As a native Westphalian, he has been very active in the e-mobility industry for 10 years. He knows his way around rapid motor vehicles. He owns a classic car and participates in his free time in a team at hill climb races.

Charlie Levine is the Chief Marketing Officer at innovative company ElectReon. ElectReon’s shared energy platform provides wireless charging for electric vehicles on the go. No need to stop for charging.

Speaking of Levine, she describes herself as results-driven growth & business developer – she led initiatives from the seed of a ‘good idea’ through execution to Product-Market Fit and beyond. Passionate about sustainability & value-driven business models for mobility, travel & SaaS tech startups.